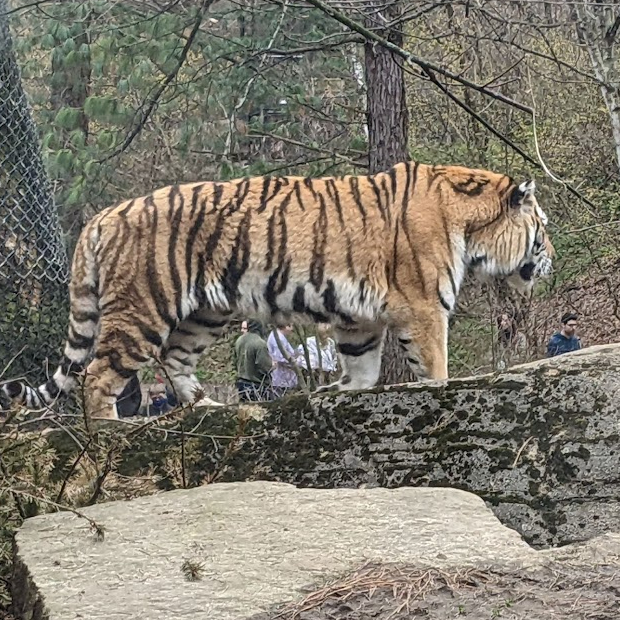 As our communities prepare for Year of the Tiger in April, it can be handy to think of a few things in advance connected to the occasion from a Lao perspective. This year will be the fourth time the Lao in diaspora have observed the Year of the Tiger in the US. The previous years we observed it were 1986, 1998, and 2010.

Going back much further in time, one of the earliest notable events in previous Years of the Tiger was the start of the reign of Surinyavongsa from1638-95, Year of the Tiger to Pig. His reign was often considered to be the golden age of Laos when it was Lan Xang. Interestingly, not many other Years of the Tiger seem to catch historical notice until the 20th century, although some scholars may differ.

In the 20th century, a notable Lue revolt in Luang Namtha and Ho Tai revolt in Sam Neua took place between 1914-16, Year of the Tiger to Nak. This was an effort to end French rule in Southeast Asia during the French Indochina era. A scholarly report of interest can be found at the Siam society, “Rebellion in Northern Laos.”

The US recognized Laos as an independent state in 1950, Year of the Tiger. This would be 4 years before the battle of Dien Bien Phu which ends the era of French Indochina.

1962 was the year of the Water Tiger (which is also this year’s element!) During that year, the International Agreement on the Neutrality of Laos was signed (and almost immediately violated by all sides). It was also the year the secret Green Beret training program, Operation Pincushion ended.

1974 was the last year of fighting before the end of the war for Laos (1975), so some may consider that noteworthy as we assess what has happened in the past during Tiger years.

In 1986, Laos began to introduce market-oriented reforms, 11 years since the end of the war, taking inspiration from the approach to policy Gorbachev was taking in Russia. The New York Times ran an interesting article “American Dream Dashed For Many Lao Refugees” that year. The book “Refugees from Laos: In Harm’s Way” was also issued in this year looking at the crisis, which may be of interest for some scholars and historians to understand how the US saw the issue at the time.

In the Hmong community, 1998 saw the Khoua Her murders of her 6 children, the brutal murder of 6th grader Pa Nhia Lor, the KQRS controversy, and the murder-suicide of Bao Lor (One of her surviving children now maintains the Facebook page Bad Modern Woman worth a visit). This was a challenging year and one that is difficult for many to talk about even to this day. In Laos, Khamtay Siphandon (b. 1924) became president until 2006.

The UN Convention on Cluster Munitions went into force in 2010, Year of the Tiger, informed in no small part by the continued contamination of over 30% of Laos by US cluster munitions since the end of the bombing in 1973. 2010 was also the year of the first Lao American Writers Summit, in addition to the Legacies of War exhibit in Minnesota.

The Indochinese Tiger has been on the endangered species list for quite some time, with fewer than 350 believed to remain in the wild. World Tiger Day is July 29th. In Lao tradition, and indeed many Southeast Asian traditions, one of the most feared entities has been the weretiger or Seua Saming. In the interest of conservation of non-supernatural tigers it may be necessary for many writers and creators to work on presenting more nuanced and even sympathetic takes on the creature. I suppose I addressed the matter as early as 2002 in my short story, “The True Tale of Yer,” which first appeared in the anthology Bamboo Among the Oaks 20 years ago.

I hope this is helpful as you reflect on what Year of the Tiger has meant and could mean for you in your own life and community! Do you have events from these years that we should include? Share them in the comments and I look forward to updating this list in the future!

Bryan Thao Worra is the president of the Science Fiction and Fantasy Poetry Association, a 40-year old international literary organization celebrating the poetry of the imaginative and the fantastic. A Lao American writer, he holds over 20 awards for his writing and community leadership including an NEA Fellowship in Literature and was a Cultural Olympian representing Laos during the 2012 London Summer Games. In 2009 he received an Asian Pacific American Leadership Award from the governor’s Council on Asian Pacific Minnesotans.

He also holds a 2011 Youth Media Innovation Award from the University of Minnesota Human Rights Center and won the 2014 Elgin Award for Book of the Year from the Science Fiction and Fantasy Poetry Association. He has presented at the Smithsonian Asian Pacific American Center, the Minneapolis Institute of Art, the Loft Literary Center, Intermedia Arts, Kearny Street Workshop, the Institute for Contemporary Art, among many others, and recently as a Visiting Artist with University of Merced Center for the Humanities. He is the first Lao writer to be professional member of the Horror Writers Association and trained several years with Asian Pacific Islanders in Philanthropy on social justice during their National Gender Equity Campaign.

One of the co-founders of the National Lao American Writers Summit, he is the author of 6 books, with work appearing internationally in Australia, Canada, Scotland, Germany, France, Singapore, Hong Kong, Thailand, Korea, and Pakistan.

You can support his work at: https://www.patreon.com/thaoworra